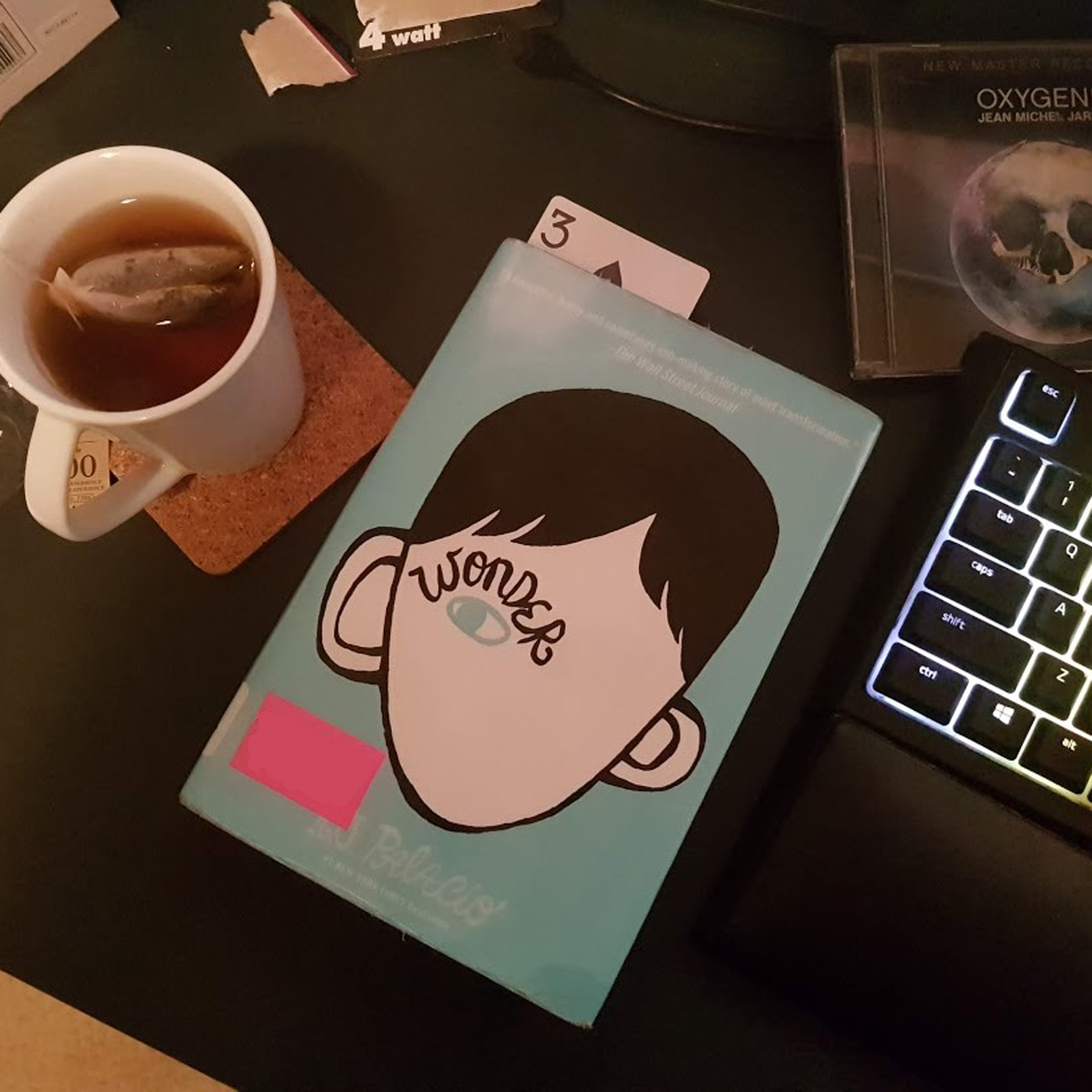 "When given the choice between being right or being kind, choose kind." (page 48).

With humans being one of the most social creatures (if not, most bragging and flexing) out there, there will be a lot of choices when talking and communicating with people. You could be right and spit out "some truth" to someone does something you can't stand, yet it will always be best just to be ''kind'' because it would always get the best results.

I have chosen Wonder by R.J. Palacio as my book for term two since I heard some things about it and I always was wanted to know what all the fuss was about. Speaking of fuss, it took me a while to get through the first page. Not because it's boring and all, no no. It starts with the Wonder Kid, whose name is August saying he was an ordinary kid. One sentence on the first page, "I have an Xbox". Wait... I thought to myself. I don't have an Xbox... I started on a long rant to my friend, not only distracting myself in the reading process but also to my friend and his Wonder Women book. Hey, wait a minute... His book choice wasn't coincidental? Right?

After getting over that and reading through already a hundred pages of the book, I am really interested in the character Via, the sister of the Wonder kid. She was young when August was born and for only a short amount of time of her life, once August was born, she knew and understood how everything that happens to her life is much less bad than what happens to August. Her parents called her the most understanding girl in the world. Via does not connect to me emotionally as I don't have the same connection with my grandmother and mother compared to her. What I am interested in Via is her perspective of August's life and she never thinks

Where I stopped at to write the first blog post on this website (hooray!) and also to do school work, walking dog, all the essentials and distractions in life, where I stopped was at page 133. It was right at the start of part four, Jack's perspective. After reading page 80, I was surprised to see it said: ''Part Two'' with the words ''Via'' (and also quote relating to her perspective). When diving in, I expected the entire book to be set in the Wonder Kid's perspective, but apparently, it doesn't seem to be that way as what I am going to be guessing, is that every character is going to tell their perspective of the events of August being in middle school. With how much left I have to finish reading this book, I am going to presume there is going to be a part dedicated to the dog's perspective.