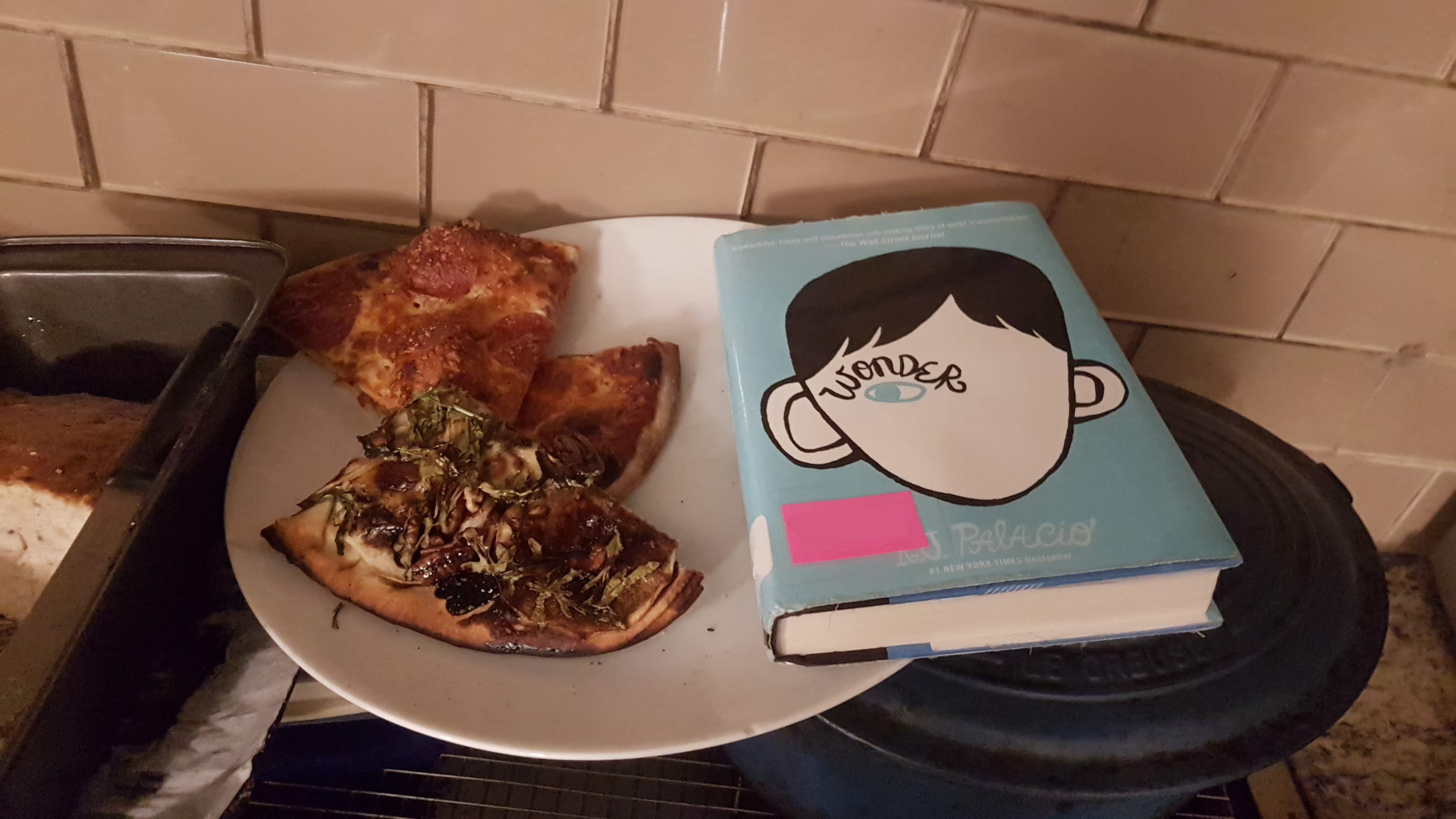 During the New Year Art Show, August noticed how all the parents end up forming the same little groups like all their kid's form. This quote and meaning seem to be similar to monkey see monkey do with how people can act the same way as their parents do.

When I continued reading Wonder, the book has been getting pretty interesting. I got used to the different perspectives of all the characters since the book seems to work better that way. Having just August talk throughout the entire book wouldn't make Wonder that much meaningful and impactful as most people who previously read the book say. The different perspectives help me understand the other characters and their backstories and their views on August much better.

After getting over that and reading through already a hundred pages of the book, I am really interested in the character Via, the sister of the Wonder kid. She was young when August was born and for only a short amount of time of her life, once August was born, she knew and understood how everything that happens to her life is much less bad than what happens to August. Her parents called her the most understanding girl in the world. Via does not connect to me emotionally as I don't have the same connection with my grandmother and mother compared to her.

I am at the part where August and his family visit Via's school play and I am wondering what is going to happen with August in middle school where there is this ongoing war with his friend where people hate and bully him. I am curious to know what are the final words of the book and how the story is going to be concluded.